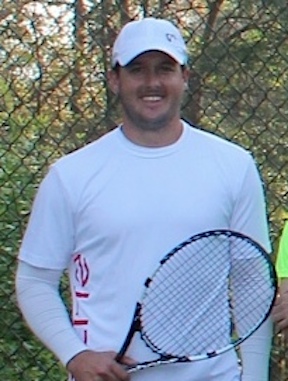 Coach Oliver Foreman established Elite Junior Tennis (EJT) back in August 2012 while finishing his final year as the Associate Head Tennis Coach at Florida State University. Starting out with only 8 juniors rotating through the Program, EJT now has had upwards of 120 juniors rotating through with some of Florida’s very best juniors attending on a daily basis.

In April of 2013, Coach Foreman finished his eighth and final season with the Florida State Seminoles as the Associate Head Coach and one of the nation’s top collegiate coaches. As one of the most highly decorated Coaches in Division I College tennis Foremen helped lead the Seminoles to an eighth straight NCAA appearance in 2013 in addition to the 2013 ACC Championship match for just the third time in Florida State’s history. He also led the Seminole to their 1st ACC Championship match in 2011 while under his tenure. From those achievements, Foreman was named the 2011 ITA South Region Assistant Coach of the Year.

During his career at Florida State, Foreman has contributed to building the powerful tennis era, surging the Seminoles back into the nation’s elite. The Noles have finished five of the past six seasons ranked in the top 20, which is a drastic improvement since his arrival in 2005 when the team was ranked No. 72.

In the 2011 season, the Seminoles continued to rewrite their history by achieving their highest ranking ever at No. 11. They concluded with an impressive eight match winning streak, knocking off four top 10 opponents en route to Florida State’s first ACC title match appearance since 1994. In addition, Katie Rybakova went onto the NCAA Singles Tournament marking the fourth straight year a student-athlete was represented at the event.

In 2009-10, Foreman established another program milestone when they led the Seminoles to their first ever NCAA Sweet 16 appearance.

A member of the Professional Tennis Tour from 2002-04, Foreman won the 2002 Irish National Open in both the doubles and singles. He also made it to the final pre-qualifying round for Wimbledon in 1998 and 2000.

Prior to his professional career, Foreman competed at Middle Tennessee State where he was named to the Ohio Valley All-Conference team (1998, 99) and the Sunbelt All-Conference Team (2001, 02). He also made it as high as No. 5 in the national doubles rankings during his collegiate career. Among the highlights of his college accomplishments was a win in the consolation of the 2001 National Indoor Championships, regarded as the fifth leg of the college slams. Foreman also established himself in the collegiate singles rankings, the top-five collegiate doubles rankings and reached the quarterfinals of the ITA All-American Championships. In addition, he was a three-time NCAA qualifier.

Off the court, Foreman made a powerful impact at MTSU as well, serving on the Student Athlete Advisory Council (2001-02) and notching a spot on the Dean’s List twice (2001-02). He is a native of East Sussex, England.